Domesticated Cats: Through the Years

What's your cat doing right now? Napping? Begging for food? Batting around a toy mouse? What happened in the history of cats to transform this once wild creature into a pet so accustomed to the comforts of a domesticated lifestyle?

Until recently, researchers estimated that cat domestication dated back to 9,500 years ago. However, a groundbreaking study published in Science magazine theorizes that the history of cats as companion animals goes back much further, approximately 12,000 years. Scientists analyzed the genetic composition of 79 domesticated cats and their wild ancestors, concluding that contemporary cats descend from the same species: Felis silvestris ("cat of the woods"). Cat domestication occurred in the Middle East in the Fertile Crescent, a region along the Tigris and Euphrates rivers that includes Iraq, Israel and Lebanon. 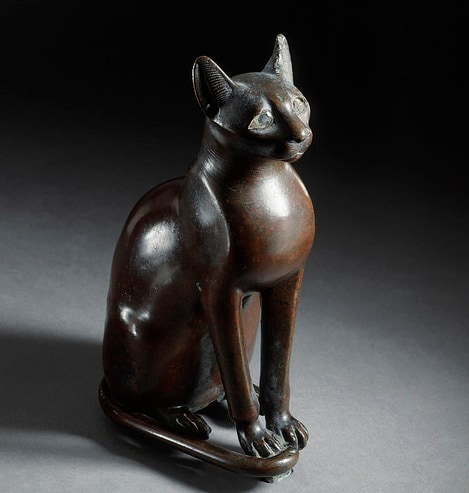 It's well known that some nations worshiped cats for thousands of years and treated them like royalty, such as adorning their pets with expensive necklaces, and even mummifying their kitties when they died. Ancient Egyptians incorporated cats into their worship, most famously the goddess Bastet, who could morph into a cat. Perhaps this is why our furry friends fully expect us to worship them.

The importance of this revised timeline, explains David Zax, writing for Smithsonian, is that it underscores that cats have been helping humans for nearly as long as dogs have, just in a different capacity.

As Gwynn Guilford writes in The Atlantic, cat genome expert Wes Warren explains that "cats, unlike dogs, are really only semi-domesticated." According to Warren, cat domestication began in earnest around the same time as people shifted toward a more agricultural society. It was a win-win situation for both sides. Farmers needed cats to shoo rodents out of their storage buildings, and the cats needed a reliable food source from the critters they hunted as well as the rewards given to them by the farmers.

Feed a cat once, and she's your friend forever, right?

Maybe not, Guilford notes. Based on cat genome research, one of the main differences between the domestication of cats and that of dogs is that cats are not entirely dependent on humans for their food. "House cats still have the broadest hearing range among carnivores, which allows them to detect their prey's movement," she writes. "They also retain their night-vision abilities and the ability to digest high-protein, high-fat diets." So, although cats prefer their cat food prepared and served by humans, they know how to go out and hunt dinner if necessary.

Not Everyone's a Cat Person

There are a few unfortunate blips in the history of cats when the animals weren't so well-received, particularly in the Middle Ages. Although their stellar hunting skills made cats so appealing, some people were wary of the precise and stealthy ways cats attacked their prey. Certain folks went so far as to pronounce cats the "devil's pet." Her resistance to being fully domesticated didn't help a cat's case, either.

This fearful attitude carried over into the early American witch-hunting years, which also was not a great time to be a cat. Black cats, in particular, were unfairly seen as evil creatures that assisted their owners in mysterious ways. Unfortunately, this cat myth persists, but more and more people now realize that black cats are not any spookier than their other-hued kitty counterparts. However, not everyone during these early periods held negative feelings toward cats. As noted earlier, farmers and townspeople alike appreciated the good work that mousers did to keep food supplies safe, and nunneries also kept cats as pets. 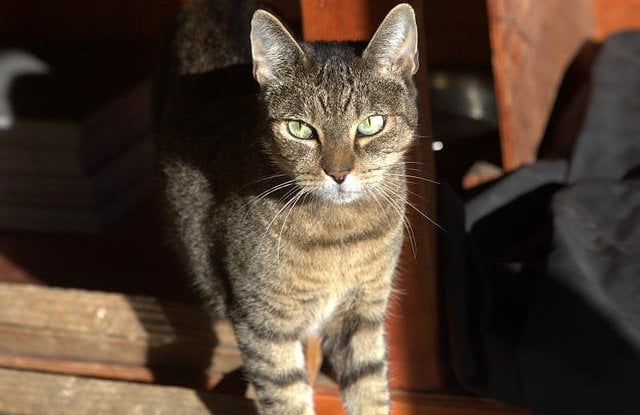 In fact, one of the most legendary cats in history lived in medieval England, says the BBC. Richard "Dick" Whittington was a young man who went to London looking for work. He got a cat to help keep mice out of his attic bedroom. As the story goes, the wealthy merchant for whom Whittington worked offered his servants the opportunity to pay into the wealth he'd earn on a sea voyage. Whittington, having no money, gave the merchant the cat instead. As luck would have it, the cat killed all the rats onboard, and once the ship returned, the king bought Whittington's cat for a large sum of gold. Although the story of Dick Whittington's cat cannot be confirmed, the kitty has evolved into England's most famous cat.

World leaders who had a fondness for cats also helped to establish the cat as a desirable house pet. Winston Churchill, Prime Minister of Britain during World War II and animal lover, famously kept cats at his estate, Chartwell, as well as at his official residence while in office. In America, the first cats to reside in the White House were Tabby and Dixie, beloved pets of Abraham Lincoln. It's said that President Lincoln loved cats so much, he even took in strays during his tenure in Washington.

Although you'd be hard pressed to find a police or rescue cat out on the streets, cats have been contributing to modern society longer than you may realize, with their keen hunting instinct being a key factor. Cats even were recruited — or, in some cases, volunteered their services — to help during wartime by keeping soldiers' food safe from rodents and, therefore, from disease and starvation, PetMD shares.

Reflecting on the long, rich history of cats still leaves one question unanswered: Did humans domesticate cats, or did they simply decide to live with us? The answer to both is "yes." Pet parents and their cats share a special bond and cat people are more than happy to worship their feline friends because the love cats give in return makes all that work (and persistence) worthwhile.